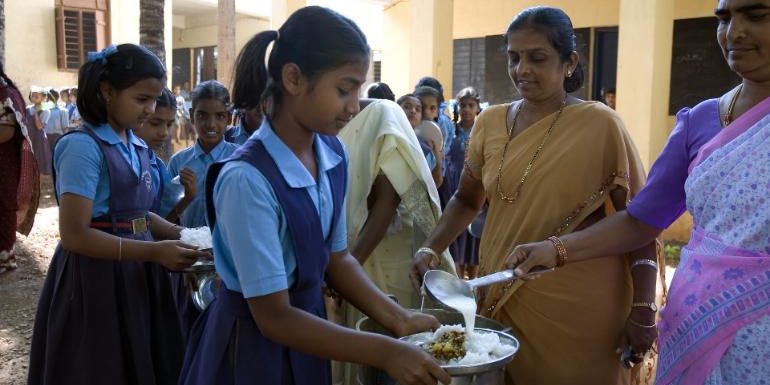 National convener of RTE forum exposes the brutal truth of our educational system and how it is defeating them with each passing day. The condition of girl child is really worrying.

On the eve of International Women’s Day, national RTE forum convener Ambarish Rai said more than 60 million children were out of school and its various activities.

The condition of the girl child’s education is at dangerously low levels as 30 percent of girls from poor families have never entered a physical classroom and its boundaries.

The country which basks on the glory of having the world’s youngest population also has the largest number of children out of school and exposed to hazardous situations.

Around 38 percent of boys and 36 percent of girls are unable to read basic vocabulary and sentence formation.

Forty two percent of girls and 39 percent of boys are deficient at basic subtraction and addition.

A staggering 25 percent of boys and girls can’t read the Standard 2 level textbook and notes.

On the one hand March 8, we celebrate the International Women’s Day to honour women and their achievements and on the other side, the girl child and its future in the country seem dark.

Around 40 percent of adolescent girls aged 15-18 apparently have not seen a school in their lifetime.

Girls from poorest families apparently 40 percent have never stepped inside the classroom and school surroundings.

Teachers’ training is dismal as 17.5 percent of elementary and 14.8 percent of secondary teachers posts remain vacant.

Only 70 percent of primary school teachers are adequately trained to teach students with their available skill sets.

The government’s role is crucial in the educational scenario of the nation but the entire ecosystem lacks resources and is seriously under-resourced.

The Icheon Commission of Education (2015) and Kothari Commission of the 1980s had recommended at least 6 percent of GDP to be allocated towards the educational sector but numbers tell a different story.

Currently, the government is spending only 2.7 percent of GDP on education which is lower than 3.1 percent that was spent in the 2012- 2013 financial year.

Annual status of Education (ASER) reports year after year comes as a reminder of our dysfunctional system where data shows that secondary level mathematical foundation and reading abilities have declined to poor category and average achievement scores of Class five students have declined in all subjects between 2011 to 2014.

Expressing his helplessness over the pathetic state of affairs, the RTE convener said, “Many students who are lucky enough to enter schools get to learn very little skill and knowledge and thus become prone to exploitation in labor markets.”

The kind of resources the government spends on manpower and maintenance of Kendriya Vidyalaya and Navoday Vidyalyas even if half of these resources are spent on other government schools, the entire system could be a better place.

Without optimum utilization of resources and their rightful implementation, the condition of the education system more or less will remain the same.

Changes in Education System in Past, Present and Future
May 22, 2019